Woollen draper, writer and philanthropist William Blake was devoted to the welfare and education of orphans.  In the 1650s he opened the Ladies Charity School House in Highgate, hoping that aristocratic and influential women would help fund it.  Blake donated his entire fortune of £5000 to the charity and became the housekeeper of the establishment.

What led Blake to such commitment?  He described his background thus: ‘I was brought up by my parents to learne Hail Mary, paternoster, the Beliefe, and learne to reade; and where I served my apprenticeship little more was to be found’.  His wife Mary died in 1650 leaving him to bring up four children who also died young.  Maybe these circumstances strengthened Blake’s resolve to support destitute orphans.  Blake himself said he drew inspiration from the Puritan devotional text, Lewis Bayly’s Practice of Piety.  This work may also have encouraged Blake’s own writing. 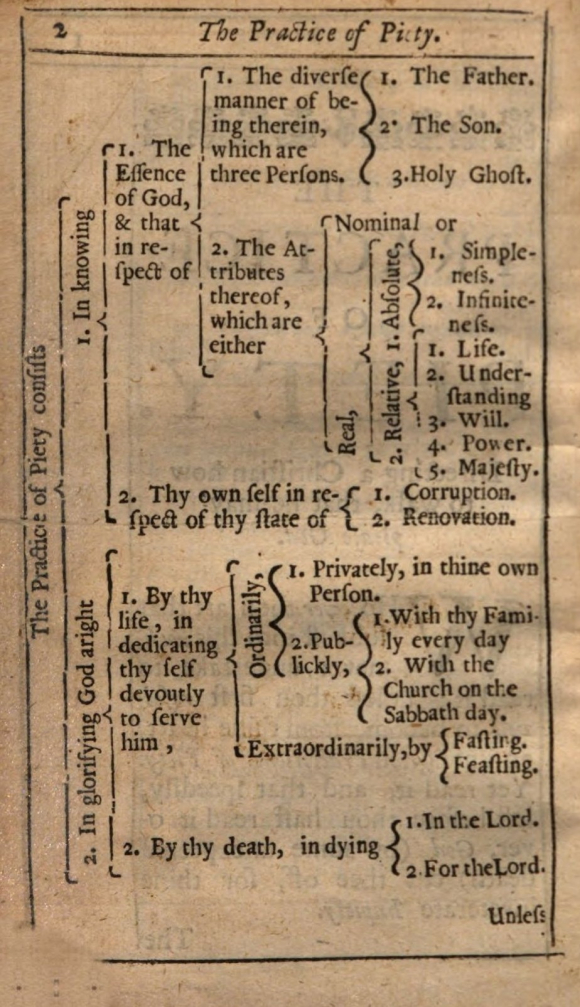 The Ladies Charity School on Highgate Hill comprised comprise newly built houses in addition to existing rather grand buildings including Dorchester Hall.  The latter were owned by the Blake family and local landowners, and taken over by Blake via mortgages.  About 40 fatherless boys and girls were to be enrolled into the boarding school: ‘The boys to be taught the art of painting, gardening, casting accounts, and navigation, or put forth to some good handicraft trade, and to wear an uniform of blue lined with yellow.  The girls to be taught to read, write, sew, starch, raise paste, and dress, that they might be fit for any good service’. 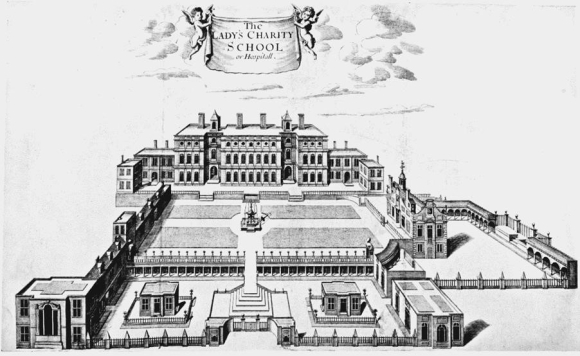 Architectural drawing of the Ladies Charity School in the Survey of London: Volume 17 plate 40 - From an old print in the collection of Mr. Arthur Boney of Highgate

Money was a constant issue. Blake’s occupation as a woollen draper at the sign of the Golden Boy in Covent Garden yielded little, and the ‘Ladies’ did not prove to be a reliable resource.  He resorted to relentless fundraising including a publication titled The Ladies Charity School-house Roll of Highgate, etc. (Silver Drops, or Serious things.).  The text has been considered impenetrable but it was ornamented with engravings and, sometimes, special bindings dedicated to particular recipients whose names appeared on the upper covers.  On the evidence of the unevenly applied tooled decoration, some artisans demonstrated more energy than skill although no one could accuse them of stinting with the gold! 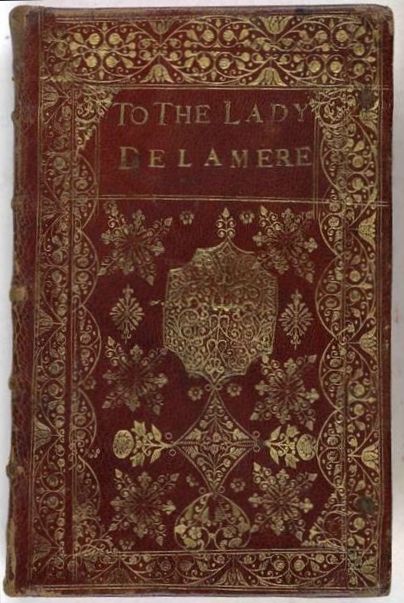 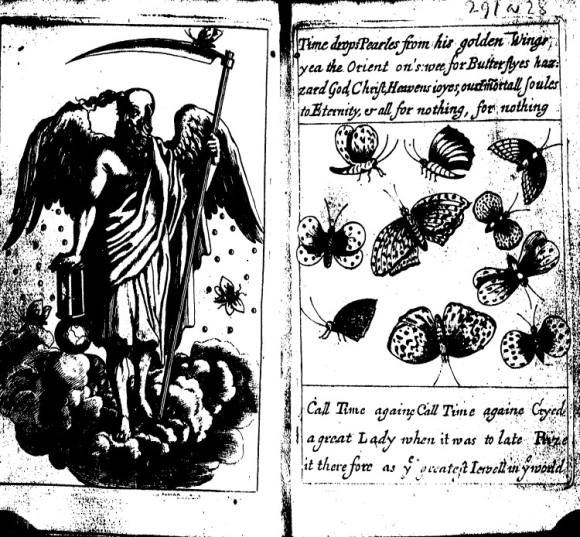 Blake had to rethink the undertaking when his finances failed.  His land-owning brother refused to help him out, thinking the whole project ill conceived.  Apparently, the residents of Highgate Hill felt that the school for destitute children lowered the tone of the neighbourhood.  In 1685, the school buildings passed into other hands and were demolished.  Blake spent about two years in the Fleet debtors’ prison and suffered much ill health but characteristically used his confinement to write texts on charity.  He was not without support.  In Silver Drops, he thanked a Dr Cox who helped him through his illness (and he bound a copy of his book for the doctor, now in Bryn Mawr College, P.A.).  The Parish of St Giles in the Fields paid £10 for him to be freed in 1687.  His burial date is likely to have been 23 March 1696 in the parish of Highgate.

Perhaps the last word should be left with William Howitt who wrote: ‘Blake’s style is frequently unintelligible, almost insane, but there is true nobility of soul struggling through’.