We're very pleased to announce the opening of Chinese and British: a free exhibition exploring British Chinese communities and cultures!

From the first recorded individuals arriving from China in the late 1600s to Europe's first Chinatown being established in Liverpool during the 1850s, Chinese people, who can trace their heritage to regions across east and southeast Asia, have played an active part in British society for over 300 years.

The exhibition reflects on this long history by exploring the stories of those who lived through it. 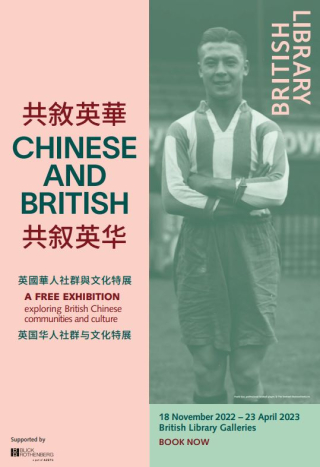 Meet remarkable individuals from British Chinese communities across the UK through the personal accounts of merchant seamen, and the local business owners who helped establish Europe's first Chinatowns. Be inspired by the scientists, artists and writers breaking new ground. And learn more about some of the challenges that British Chinese people have encountered through the centuries, and continue to face today.

Our St Pancras site will host a number of events during the exhibition run, but it is not the only place to experience the exhibition. Public libraries across the UK will also be hosting Chinese and British, through a series of panel displays simultaneously opening in over 30 towns and cities via the Living Knowledge Network. A programme of regional events will also showcase the rich history of Chinese British communities across the UK. 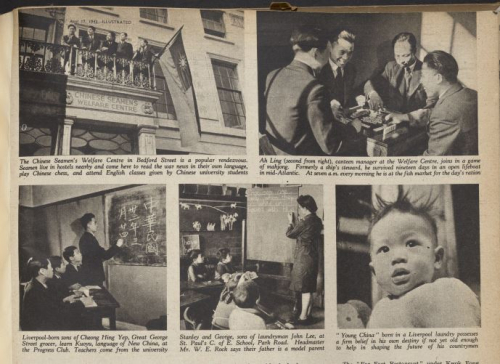 Chinese and British has been curated by Dr Lucienne Loh at the University of Liverpool and Dr Alex Tickell at the Open University, in collaboration with British Library curators Han-Lin Hsieh, Alex Hailey and Karen Stapley. It was designed by PUP architects, with graphics by Studio Wan.

Chinese and British is generously supported by Blick Rothenberg.