Archivists respect ‘provenance’ and ‘original order’, which means that documents created by the same person, organisation, or institution stay together, and you don’t mix or rearrange them because you think it might make material more ‘useable’.  But documents often have their own story to tell.  I recently came across one such letter in the India Office records from Viceroy Lord Lytton to Sir James Caird. 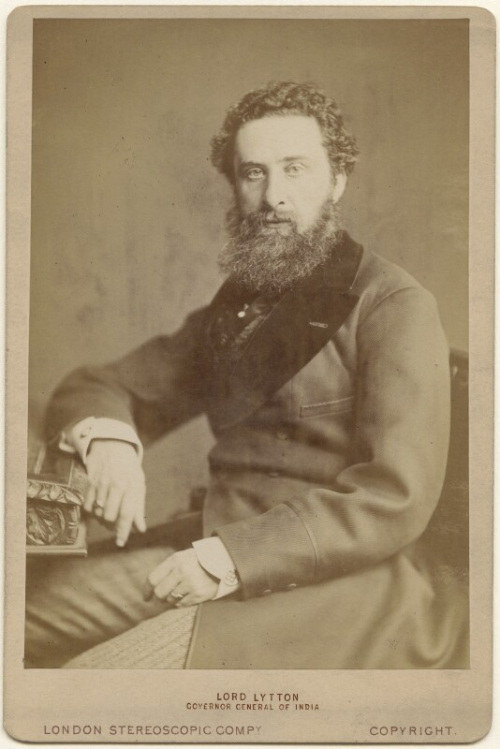 Edward Robert Lytton Bulwer-Lytton, 1st Earl Lytton was Viceroy of India from 1876 to 1880.  It was a controversial term of office.  On the domestic front, the Vernacular Press Act (1878) provoked public protests against the Government’s attempts to control a critical Indian Press.  The Second Anglo-Afghan War was underway, absorbing considerable political and economic resources.  And famine raged across large swathes of India for the first three years of Lytton’s tenure, the disaster of drought exacerbated by a poor Government response to famine relief and the continued export of grain.  Estimates vary, but 10 million people may have died of starvation and its associated diseases.  James Caird was part of the Indian Famine Commission set up to look at ways to prevent and avoid future famines. 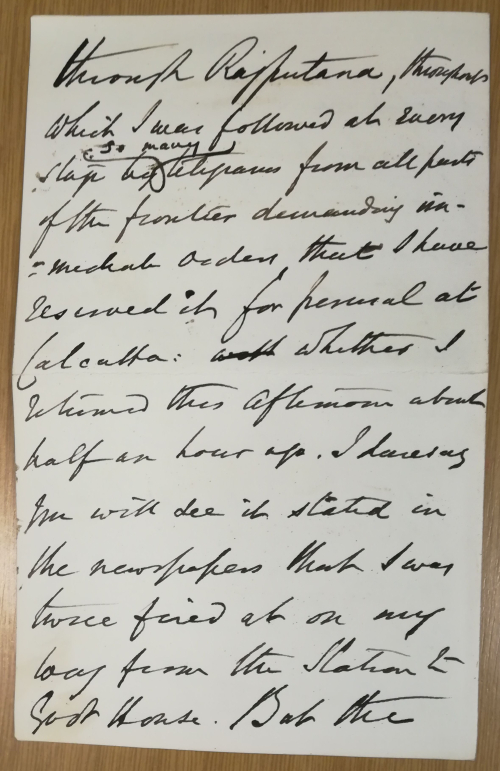 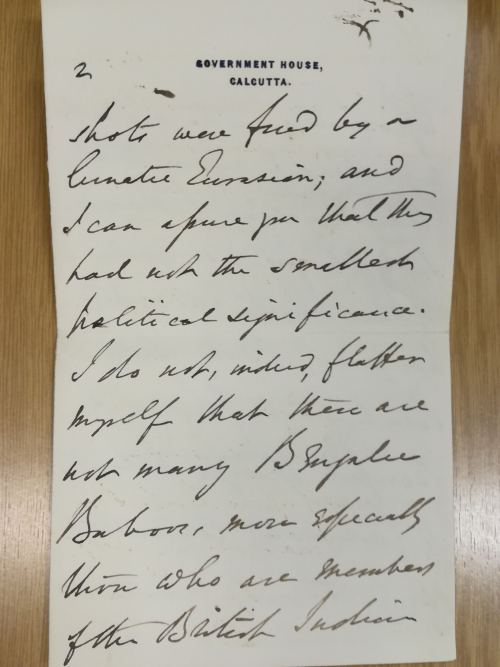 Our letter, dated 12 December 1879, was a private rather than official piece of correspondence, sent from Government House Calcutta to Caird’s London address.  It remained in the Caird family until gifted to the India Office in 1924 as part of a larger collection of correspondence to and from James Caird, which also included material relating to the Famine Commission.  The material was gratefully received, given the shelf-mark Home Miscellaneous 796 (IOR/H/796), and catalogued.  But this particular letter was deliberately removed and placed in the care of the Political and Secret Department. 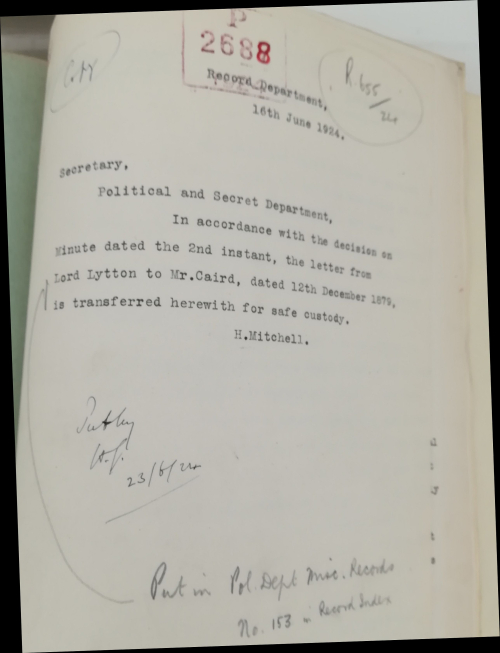 Amongst other business, the letter describes an assassination attempt against Lytton.  Arriving in Calcutta, Lytton tells Caird: ‘I daresay you will see it stated in the newspapers that I was twice fired at on my way from the Station to Government House’.  He is dismissive, both of the assassination attempt, and of the person making it, saying ‘But the shots were fired by a lunatic Eurasian; and I can assure you that they had not the smallest political significance’.  Lytton’s language is distasteful, not only towards his would-be assassin, but also towards the wider Indian inhabitants of Bengal (‘Bengalee Baboos’) who he describes as ‘disloyal’, including those belonging to the British Indian Association.  Lytton does not name his attacker, but he is identified in the press as George Dessa or De Sa. The newspapers state that his shots had ‘…created indignation but no excitement…it seems doubtful as to whether the man was mad or only drunk’.  His motive is not deemed to be political, but rather that he acted because he had been dismissed from his job.

India Office staff in 1924 do not explicitly state the reason for the letter’s removal, but we can surmise that as it refers to an assassination attempt against the Viceroy, it was deemed to be too politically sensitive to remain with the other items.  Lytton’s provocative language may also have been an issue, given the context of rising Indian nationalism within the sub-continent, and the political instabilities in Britain in the 1920s.  Whatever the reasons behind its original removal, improved cataloguing of our records enables us to intellectually link our letter back to its original collection, telling its history along the way.