Charles Tuckett Senior and the British Museum Bindery fire of 1865

What a difference a day makes!  On the morning of 10 July 1865, Charles Tuckett (1796-1876) was manager of the British Museum bindery, a post he had held for 40 years.  That evening a fire, which lasted from approximately 21.00 to 22.15, ended his employment there.  According to Andrew Prescott, ‘The 1865 Bindery fire was arguably the greatest single disaster to the collections since the establishment of the Museum in 1753’. 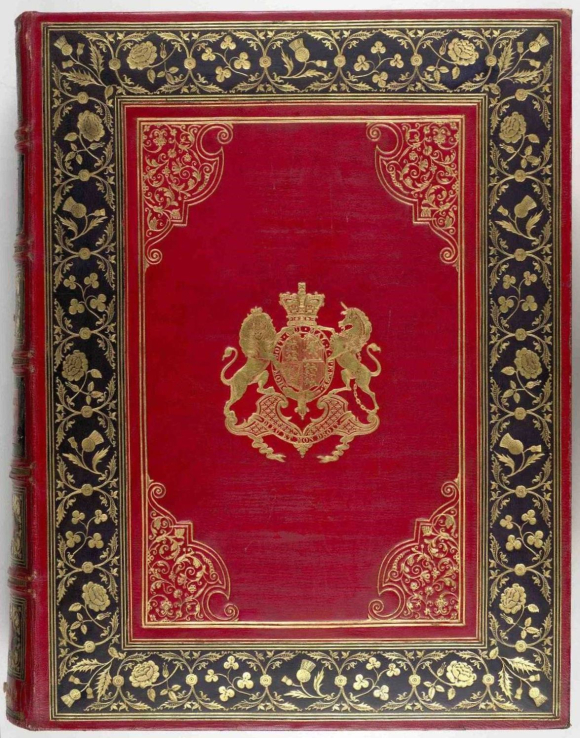 The bindings workshop was necessarily stocked with supplies of paper and other flammable materials.  Charcoal braziers supplied the heat required for processes including the tooling of leather.  A brazier in the ‘finishing’ room (the location for gold tooling and other ornamentation) was probably the source of the blaze.  Finishing involved heating engraved metal tools, one in the binder’s hand and three lying flat. 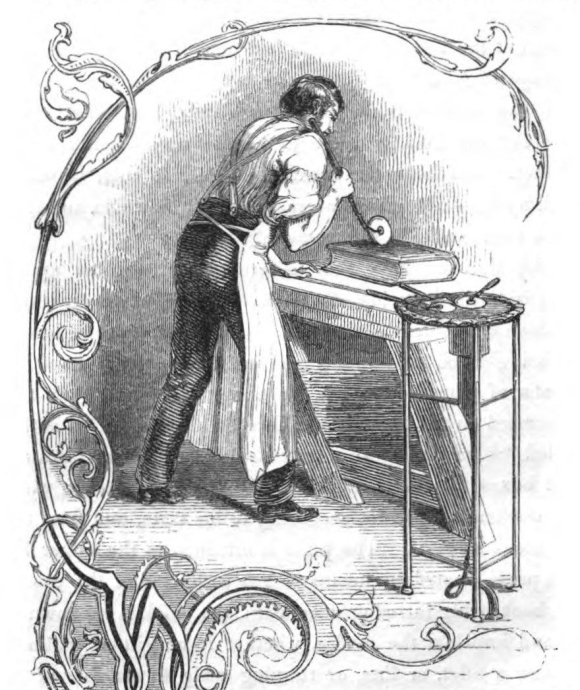 A finisher at work from The Penny Magazine September 1842 supplement RB.23.a.30032. The apparatus shown here was more modern than those in use in the Museum but it is clear what a precarious operation ‘finishing’ could be.

The museum’s fireman was absent on leave; the hosepipe burst; the fire brigade arrived after half an hour but only one of the two fire engines worked.  The manuscripts under treatment were either burned or drenched.  There were some positives: the wind drove the flames to the northeast which prevented further spread, and staff members Fricker and Farrant managed to close an iron workshop door to isolate the fire and protect the Library stacks. Eyewitness Frederick Madden of the Department of Manuscripts noted; 'such a want of organization (after all the fair printed rules and instructions)… I never beheld in my life'.

Accidental fire was a recognised hazard for Master Bookbinders.  Tuckett had taken out insurance with the Sun Fire Office for his family business located near the Museum in Little Russell Street.  The British Museum Trustees had ordered precautionary measures.  In 1861 one of the flues in the workshop caught alight and Tuckett was instructed to have the flues swept regularly.  The following year, the Trustees ruled that the binders should use lamps not candles.  Only four days before the fire, the London Evening Standard reported Trustee Earl Stanhope’s statement that means of fire prevention were ‘under consideration’.

Early reports stated that the fire was promptly extinguished without any material damage done, but that proved to be wildly optimistic.  The loss included seven unique manuscripts and 282 printed books.

Half of the six rooms in the bindery were ruined.  By 1 January 1866, however, the repaired bindery reopened.  A fireproof building for ‘finishing’ was built nearby.

Around fifteen manuscripts and 258 printed books had been salvaged and required treatment.  Tuckett was experienced in tending to such material, having learned from specialist Henry Gough, but he was dismissed by the Museum trustees.  His son was appointed his successor.  Charles Tuckett Junior (1822-75) had worked as apprentice to his father, and had written about historic bindings and also devised new bookbinding techniques and patented them.  His brother John (1828-1908?) trained as a lithographer but assumed control of the family workshop in Little Russell Street until 1880. 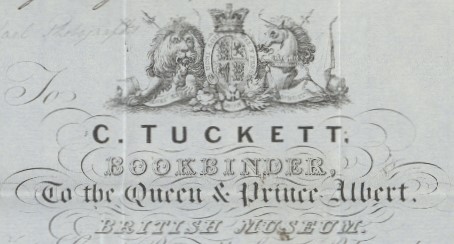 Letterhead of invoice issued by Charles Tuckett, Bookbinder to the Queen and Prince Albert and to the British Museum - Royal Collections Trust RA PPTO/PP/QV/PP2/23/7860

Charles Tuckett senior appeared in the 1871 census as a widower and ‘Retired Bookbinder’ living with his unmarried daughter in Croydon.  It was a far cry from his entry in the 1861 listings for Bloomsbury, as a bookbinder employing 52 men, 19 women and a boy.

Further reading;
Philip Harris, A History of the British Museum Library, 1753-1973 (London, 1998).
Andrew Prescott 'Their Present Miserable State of Cremation': the Restoration of the Cotton Library.