The City of Polish Children

How Isfahan in Iran became the City of Polish Children during the Second World War. 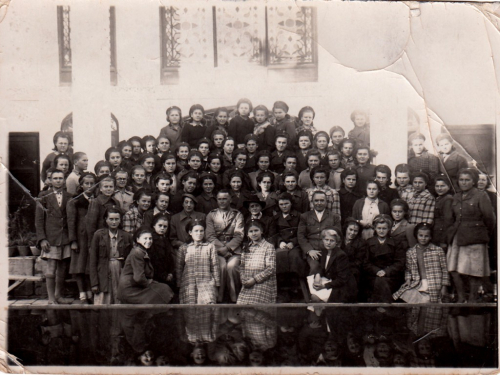 Group photo of older children at one of the children's homes in Isfahan. Reproduced with kind permission from the personal collection of Dioniza Choros, Kresy, Siberia Virtual Museum (http://kresy-siberia.org/hom/element/gradzik-collection/group-photo-at-isfahan-childrens-camp/)

Intelligence summaries prepared by Britain's Embassy in Tehran during the Second World War record details of the journeys made by Polish military and civilian refugees from the Soviet Union to Iran between 1942 and 1944. In these reports, one poignant statistic stands out: in January 1943 the camp in the city of Isfahan contained 2,457 civilian refugees, of which 2,043 were children. 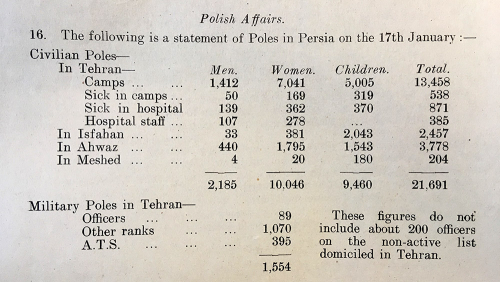 Most of Isfahan's 2,000 children were either orphans or were accompanied by their one surviving parent. They were part of the second wave of the evacuation of 25,000 Polish refugees from the Soviet Union in August 1942, where they had been incarcerated since the Soviet invasion of Poland in September 1939. After Germany’s invasion of the Soviet Union in June 1941 Stalin signed a Polish-Soviet treaty that freed Polish citizens in Russia. After years of incarceration, violence, malnutrition and disease, and with no homeland to return to, the futures of these Polish refugees remained bleak.

In August 1942 thousands of Polish refugees arrived from Russia at the Iranian port of Pahlavi (now Anzali) on the Caspian Sea. The Red Cross and the Polish Government in Exile assisted in the establishment of transit camps for the refugees. To prevent the spread of disease and lice the refugees’ hair was shaved off, and the rags they wore incinerated. New clothes, shelter and provisions were supplied. From Pahlavi the refugees travelled onwards to Tehran, Isfahan, Ahwaz and Mashhad. Children needing the most care were sent to Isfahan, where the climate was thought more amenable to their recovery. 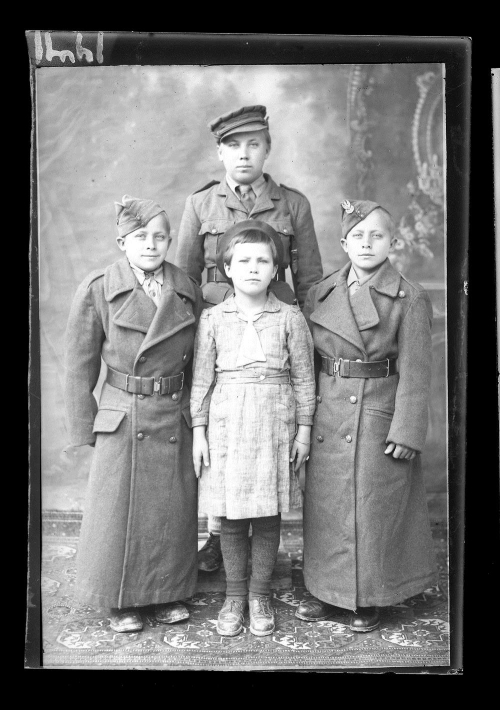 Memoirs indicate the sympathetic reception given by Iranians to the Polish refugees. One man recalled that the Iranians he met at Pahlavi were ‘well-wishing, very cordial and presented the Polish youth with sundry delicious tidbits’. Another family remembered being ‘warmly greeted by the Persian people with gifts of food, dates and clothes’ upon their arrival in Tehran.

With its tree-lined avenues and numerous gardens and parks, Isfahan was ideal for healing young lives damaged by war and exile.

Twenty-one ‘establishments’ were opened across the city for Polish children, many of which were concentrated around Isfahan’s famous Chahar Bagh boulevard. Royal princes, affluent families and the city’s religious institutions donated their palaces, mansions, monasteries and convents for use as orphanages, hospitals and schools. Many establishments had their own gardens that the children made full use of. One former refugee later recalled walking through a ‘paradise of tall mulberry, fig, and quince trees and pistachio bushes’. Eight primary schools and one secondary school were established for Isfahan’s Polish children, as was a technical school training women in tailoring. Scout and Girl Guide groups also proved a popular activity.

Many of Isfahan’s Polish children remained in the city for the duration of the War. Later on they departed for new lives in East Africa, India, Mexico and New Zealand. Memoirs shared by the Polish diaspora indicate a fond regard for their time in Iran, and for Isfahan in particular which, for many, will always be remembered as ‘the city of Polish children.’

Andrzej Szujecki “Near and Middle East” in Tadeusz Piotrowski (ed.) The Polish Deportees of World War II: Recollections of Removal from the Soviet Union and Dispersal throughout the World (Jefferson, NC: McFarland, 2007)

Posted by Alex Hailey at 9:00 AM in Conflict , Slavonic , War | Permalink