News and views from the British Library’s web archiving team and guests. Posts about the public UK Web Archive, and since April 2013, about web archiving as part as non-print legal deposit. Editor-in-chief: Jason Webber. Read more

The British Library is currently running the wonderful ‘Breaking the News’ exhibition. If you’ve not seen it yet, make sure you check it out. It is open until Sun 21 Aug 2022. The exhibition explores how the News has impacted and influenced our society. This exploration includes modern digital forms of news, much of which are contained in the UK Web Archive (UKWA). 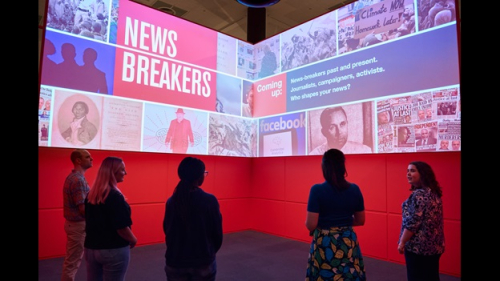 The ‘News’ collection in UKWA contains over 2700 news sites that we archive. The scope ranges from major national news outlets - BBC, Guardian, Daily Mail etc. as well as many local and even hyper-local news websites. The collection includes one newspaper, The Independent, that ceased being a print paper to become exclusively a digital one.

The majority of these archived news sites and twitter accounts can only be viewed in reading rooms of UK Legal Deposit Libraries. Many, however, are openly available to view from home, lets see some examples:

Local news
In addition to major national news outlets we collect thousands of local and hyper-local news websites. Many towns, suburbs and villages maintain a local news website and we do our best to archive them. 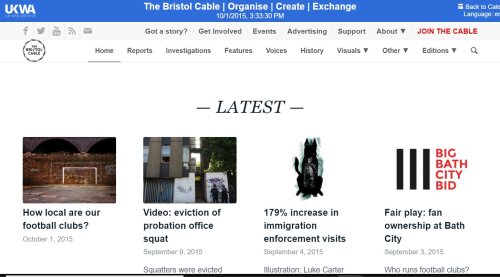 International
Whilst the focus of the our collection is for UK based news, we do also collect some international or overseas publications. Tristan da Cunha, one of the remotest places on earth maintains a news website for its residents.
Irish news - TheJournal.ie 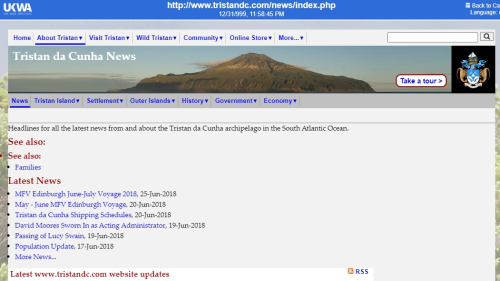 About journalism
As well as news outlets aimed at us the public, we also collect websites for journalists themselves.

The Bureau of Investigative Journalism

You can discover everything we have collected in the News collection via our website.

If you know of a UK news website (this might be about your local area), nominate it to the UK Web Archive. 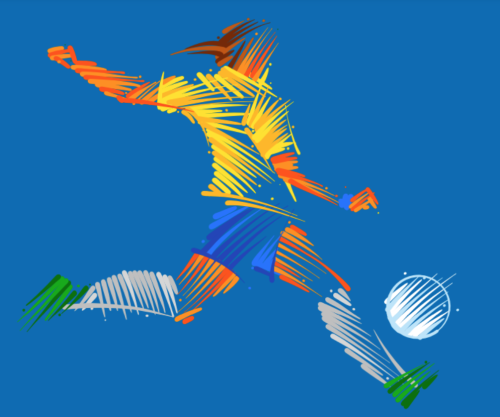 The UEFA Women's Euro 2022 competition is taking place across England from July 6 to July 31, 2022. We’re collecting websites about the 2022 UEFA Women’s EUROs. Nominate a website for us to archive – it’s free and easy to do.

The Sports: Football collection is divided into subsections based on the code of football and was given its own collection as football is the most popular sport in the UK. The final collection in this series is Sports: International Events, documents major sporting events mostly hosted in the UK. It is in this collection that the UEFA Women's Euros England 2022 collection will sit.

The British Library is working in partnership with the official Women's Euros cultural programme led by the FA, the National Football Museum and the five other UK Legal Deposit Libraries that make up the UK Web Archive to curate this collection but we also want fans to get involved.

This collection has six subsections that cover events both on and off the playing field:

Cultural Programme: Any websites and social media accounts related to the cultural programme during the tournament. This includes arts, heritage and learning events.

Fans: Websites, blogs and social media accounts written by fans of the sport.

Sponsors: UK Websites and news articles relating to some of the official sponsors of the UEFA Women's Euro England 2022.

Teams: Websites and social media accounts of players' based in the UK. This will mostly be made up of players from England and Northern Ireland but also a few players from the other countries that qualified for the competition and live in the UK.

We need your help to ensure that information, discussion and creative output related to women’s football are preserved for future generations. Anyone can suggest UK published websites to be included in the UK Web Archive by filling in our nominations form: www.webarchive.org.uk/en/ukwa/info/nominate

Between the 18 and 25 May 2022, we had the biggest annual event in the world of web archiving - The IIPC General Assembly and Web Archive Conference. Some of the sessions were for members only but many were free and open for anyone to attend.

Here are the UKWA staff and research partners who gave presentations at the conference with links to their pre-recorded talks that have been uploaded to our YouTube channel.