Associations and Citizenship: Researching the ‘Big Society’ on the Web

The following is a guest post by Tom Hulme a final-year PhD researcher at the Centre for Urban History, University of Leicester. His research interests are in associational culture, citizenship, local government, and education in the interwar period, focusing on Manchester and Chicago. He has further interests in contemporary civil society and citizenship. He is also currently undertaking an internship at the British Library in the Social Sciences department.

With the 2010 Coalition Government’s vision for a ‘Big Society’ of volunteers, supporting or even running public services, the need for researchers to study associations and civil society has never been more pressing. Volunteering, after all, makes up a large part of the social picture of Britain in the twenty-first century; a 2003 Home Office citizenship survey, for example, found that almost a third of people were engaging in ‘active community participation’, a trend that seems to be rising rather than falling. I am interested in examining the organisations that contribute to this culture, especially the ways in which it contributes to the imagined or real vision of a ‘community’ of citizens. What are their motivations and methods? How do they interact with local and national government? Does volunteering and associating with others for the ‘civic good’ create better citizens?

Some of the best known associations are, of course, the biggest and longest running. They are the bedrock of civil society, performing duties that have a never-ending purpose: educating the citizenry, fundraising, and acting as local, national, and even international pressure groups. Charities like the Royal Society for the Prevention of Accidents (1917), or non-governmental organisations like Amnesty International (1961), are still operating today because the problems they tackle are probably interminable. Giants of civil society like these can, however, obscure the myriad of local associations that have fleeting appearances, living for just a couple of years, before fading and sometimes vanishing altogether.

For the study of this type of parochial civil society, the web archive is an indubitable boon. Pressure groups have long realised the importance of web interaction for engagement and campaigns, and there is a wide variety of such sites in the Web Archive, like the Bengali Cultural Association of London, the Fernherst Society in West Sussex, or the Stop Norwich Urbanisation Blog. Websites like these are a treasure-trove of information and opinion; preserving them gives us a vital glimpse into the way that civil society ‘works’. Not just for contemporary researchers but for the historians of the future, it is vital that these small windows into civic life are recorded and maintained for generations to come. After all, their disappearance from the ‘real web’ can tell us as much about their purpose and operation, as it does about their demise.

Posted by Nicola Johnson at 2:07 PM

Tell us what you think about the UK Web Archive 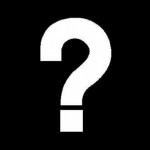 If you are a postgraduate researcher or a university lecturer we would like to get your feedback on the research value of the UK Web Archive. It doesn’t even matter if you have already used the archive or not.

We have commissioned an independent research agency – IRN Research – to gather information on the needs of archive users and potential users. If you would like to help shape the future development of the archive please register your interest.

In the next few weeks you will be contacted by a researcher and emailed an online facilitated walkthrough of the archive which will explain how the site works in just a few minutes. Using this walkthrough, you will be asked to answer questions about the content, functions, and tools available and your interest in, and likely use, of the archive.

All your answers will be treated in the strictest confidence and all those taking part will have the chance to win one of a number of £20 book tokens.

To take part in the research, please register.