How Remembrance Day has Changed

By Liam Markey, PhD Student, University of Liverpool and the British Library

This blog examines how attitudes to Remembrance (or Armistice) day have changed and evolved over the course of the 20th century and beyond. Read the previous blog on 'Militarism and its role in the commemoration of British war dead' for background on the wider research project.

100 Years
2020 marks 100 years since the erection of a permanent Cenotaph at Whitehall and the interment of the Unknown Warrior in his tomb at Westminster. Along with the 2-minute silence, which was first observed in 1919, and the adoption of the poppy as the symbol of British commemoration in 1921, these practices have been ever present over the past century; they have become intrinsic components of the British collective identity in what is, arguably, a relatively short period of time.

Alleviating suffering and grief
Initially, this commemoration of the dead of the First World War performed two distinct purposes: firstly, practices served to alleviate the suffering of those who had lost loved ones. The bodies of the fallen were not repatriated, so the erection of monuments extolling the sacrifices of the war dead served as focal points of grief and mourning in local communities. Secondly, Remembrancetide (the time of year in which British rituals of commemoration are enacted) was initially a period in which support for disabled ex-servicemen, and those left widowed or orphaned by the First World War, was to be generated. Through the sale of poppies or direct donations, the British public was able to provide financial support for those in need. Collective mourning, such as at the Cenotaph where the monarchy and politicians gathered, was a demonstration of unity and a national thanksgiving to the war dead.

Attitudes to commemoration are not static
Whilst commemorative practices have remained practically unchanged over the past 100 years (only the day on which they are observed has been altered, and for the duration of the Second World War national services were suspended), the same cannot be said for the historical context in which they have been enacted, nor for the thoughts and ideals of those who enact them.

Newspaper Analysis
Analysing the Daily Mail and Daily Mirror newspapers, I have been able to create a small “pseudo” historiography of British attitudes towards commemoration throughout the 20th Century. The text samples from the two newspapers that I have examined range from the 7th -14th November at ten-year intervals starting in 1928 and contain at least one mention of the terms “Armistice” or “Remembrance.” The choice to search within this temporal parameter and for these specific terms was a conscious decision made so as to ensure that texts relating to both Armistice Day and Remembrance Sunday were collected and available for analysis. The intervals between samples was a deliberate choice so that each text is taken from a year in which a tenth anniversary of the First World War took place and, in theory, when coverage of the war in the media would be at a heightened state.

1928
The first text sample is taken from 1928, the ten-year anniversary of the signing of the Armistice in 1918 and provides the largest number of texts from any year. This is in most part due to the fact that the First World War was a relatively recent event at this point in time. The main emphasis of these texts is on how the British public can aid those left disabled by their experience of the First World War, either through donations to the British Legion’s poppy appeal or by direct purchasing goods made by ex-servicemen. The issue of ‘lasting peace’ is also brought up several times, with many believing that ten years having passed without another World War proves that the cause so many British soldiers died fighting for was not in vain. At this point in time, when commemoration was in many ways an expression of a commitment to peace, the majority of the British public seemed convinced that it was fulfilling its purpose.

1938
However, by 1938 the mood had shifted considerably. With another conflict looming there is less conviction in proclamations of the First World War having achieved this lasting peace. There is an increase in articles discussing the possibility of another war in the near future and the failings of the last 20 years in maintaining peace. There is a palpable anxiety present in the coverage of both the Mail and Mirror as British society faces the stark realisation that the lasting peace so many died for between 1914-18 is on the verge of dissolution.

1948
By 1948 this anxiety had yet to subside, and despite another recent victory over Germany and her allies there is little celebration or indication that the Second World War had done a better job in achieving peace than the First had done as too little time had yet passed. This sample provides a much shorter number of texts concerned with commemoration, and I am drawn to Jay Winter’s assertion that societies following the Second World War struggled to make sense of the carnage they had experienced as an explanation as to why this was the case:

The limits of language had been reached; perhaps there was no way adequately to express the hideousness and scale of the cruelties of the 1939-1945 war. (Winter, 1995, p.9)

In the wake of the First World War, commemorative practices were conceived so as to soothe the suffering of the bereaved and to attach value and meaning to the sacrifice of the war dead. The aftermath of the Second World War resulted in a disillusionment with this previous tradition as commemoration hinged on the maintenance of peace. Now it was clear that the ‘peace’ so many died to attain was a fiction, and perhaps the lack of coverage in this text sample is demonstrative of a contextual detachment felt in British society towards the commemoration of war. The overarching theme displayed by this text sample is that of a society disillusioned with the concept of war commemoration, yet perceived slights to tradition, such as “gigglers” at Whitehall, are still harshly condemned. Despite there being no overt celebration of the war dead, or victory in the two World Wars present in either paper, it is clear that the bare minimum of traditional commemorative practices were to still be respected and observed.

1958
The texts from 1958 greatly resemble those of 1928, where it was believed that a sufficient period of time had passed since the ending of the First World War and thus it was acceptable to again assert that lasting peace had been achieved. There are a few texts that discuss this idea of lasting peace, specifically one in the Daily Mail titled What a Difference 27 Years Make, which argues that the contrast between the present and 1931, both being 13 years removed from a World War, proves that society is on the right track to avoiding another global conflict.

Another important focus of texts from this period is the issue of the “200,000,” the last remaining veterans of the First World War, and what is perceived to be a lack of financial support from the government as they enter the later stages of their lives. After 1948, where overt reference to ex-servicemen in the texts was absent, this year’s sample brings them back to the fore, reminiscent once more of 1928’s sample. The difference here, however, is that the ex-servicemen mentioned in the texts collected prior to the Second World War focused on those who had been left disabled by their experiences of the First World War. In 1958, media coverage encompasses all ex-servicemen from the First World War due to their age – now that 40 years have passed since the Armistice, the advanced age of veterans now means they are all regarded as vulnerable and in need of assistance from the public, be they disabled as a result of the war or not.

1968 and 1978
Both 1968 and 1978 samples offer an insight to changing attitudes to the First World War in British society. The British mythology of the conflict that is firmly planted in modern popular imagination has its roots in the 1960s and 70s where a number of influential pieces of media were produced that transformed attitudes to the First World War.

Evident in both text samples is the widening divide between older and younger generations and their attitudes towards the commemoration of war, and wider ideas regarding the relevance of traditional commemorative rituals considering how much time had passed since the Armistice. Both newspapers wrestle with the idea that commemorative practices have become outdated and appeal only to a small minority of the population with personal connections to the First World War, with it being described as “too sentimental” to some. Despite these growing objections, large crowds are still in attendance at remembrance services, many of whom, as the Daily Mirror points out, are young people. These decades depict the future of commemorative tradition as being somewhat in doubt; with the Second World War receding into history, and the First even more so, there is a real feeling in the texts that the commemorative traditions conceived in the wake of the Armistice had started to become outdated.

1988 & 1998
By the late 1980s British interest in commemoration seems to have been reinvigorated, perhaps in no small part due to the Falklands Conflict of 1982, with both the 1988 and 1998 texts bearing a more nationalistic tone than previous samples. With memory of the First World War having all but passed from living memory, emphasis in the texts shifts from the personal stories of those who were directly affected by the conflict towards a more abstract concept of commemoration as an almost celebration of Britishness. Both newspapers in 1988 contain adverts from the British Legion that describe the observance of traditional commemorative practices as a “National Debt,” and especially in the Daily Mail there is a vast increase in articles containing inflammatory and accusatory language directed at those who are not 100% committed to participation. Whilst in 1998, the question of whether today’s youth are willing to die for their nation is repeated numerous times throughout Remembrancetide in the Daily Mail.

21st Century
Leading into the 21st Century there is a sense that the initial meaning behind commemoration, which sought to provide support for those mourning the deaths of loved ones, has become outdated now that lived experience of the First World War has passed from the British population. There is a real danger that the language and symbols that vindicated the sacrifice of the war-dead in the wake of the conflict are more likely to inspire militaristic notions in the present day. 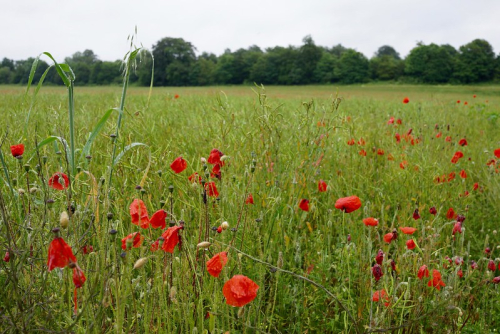 Summary
While brief, I hope this piece has demonstrated to some degree the fluid nature of British attitudes to commemoration in the 20th Century, and how these attitudes are somewhat representative of wider historical and social change. As my research moves forward it will be most interesting to see the relationship between ‘micro’ discourses and those disseminated by the British media.

Resources such as the UK Web Archive will prove invaluable in exploring these ‘bottom up’ approaches to commemoration, asking how language and symbols popularised in the wake of the First World War, such as the Remembrance Poppy, are reproduced within amateur online remembrance projects and how this usage potentially relates to issues such as nationalism and militarism. Often, mainstream representations of Remembrance focus on the unifying nature of commemoration, and it will be interesting to see whether analysis of materials produced by the average British citizen challenges or confirms this narrative.