The Queen's Platinum Jubilee in the UK Web Archive

Whether you’re an avid monarchist, a staunch republican or simply obsessed with Netflix’s “The Crown”, there is no doubt that Elizabeth II has achieved a unique place in history The 70 years of her reign have been witness to profound changes in world politics and in British society. When she was crowned, Churchill was her Prime Minister, Khrushchev was freshly in charge of the Soviet Union and Eisenhower had just become the President of the United States. 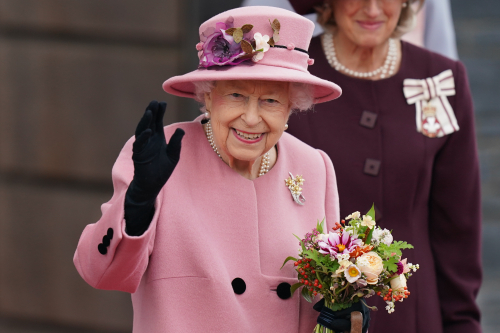 Throughout her decades as monarch, Queen Elizabeth has worked with 14 UK Prime-Ministers and met 13 American Presidents. She has received state visits from countless foreign leaders, who themselves influenced the shape of 20th and 21st century history: from Charles de Gaulle to Mikhail Gorbachev.

During her reign, the United Kingdom went through dramatic changes. From the dismantling of the British Empire to referendums on Welsh devolution and Scottish independence. The Queen’s honour list depicts a country where diversity is celebrated. She’s given honours to authors such as V.S Naipaul and Salman Rushdie, singers like Paul McCartney and Bono and artists like Paula Rego.

For many reasons, the Platinum Jubilee is a great opportunity to explore this dialogue between the present and the past. How and why we celebrate, or how and why we refuse to do so, places us in a specific historical context. In this case, right into 21st century UK, in a world in constant change.

So far, we have discovered that food is a favourite in every celebration. Fortnum & Mason and the Big Jubilee Lunch are celebrating the Jubilee by sponsoring a competition awarding the best pudding – following the Victoria Sponge, named after Queen Victoria, and Coronation Chicken, created in honour of Elizabeth II’s coronation. The judges include Mary Berry of Great British Bake-Off fame, food historian Regula Ysewijn and MasterChef’s Monica Galetti.

A slew of cultural celebrations are on the cards: The Reading Agency launched the Big Jubilee Read which chose ten outstanding books from the last 7 decades. The Royal Mint has created a commemorative coin and the Royal Philharmonic Concert Orchestra gave a concert at the Royal Albert Hall. Throughout the whole of the UK, Town Councils are preparing for street parties, tree planting, and jubilee lunches.

This is where you come in. The UK Web Archive wants to know how you are choosing to remember this Jubilee.

Help us remember this moment in History so that future historical sources reflect the full diversity of public activity. Help us show how people across the UK celebrate important dates and how they look back to their own past, how they celebrate their present.

If you know of a website worth keeping for posterity, nominate it and make your suggestion.