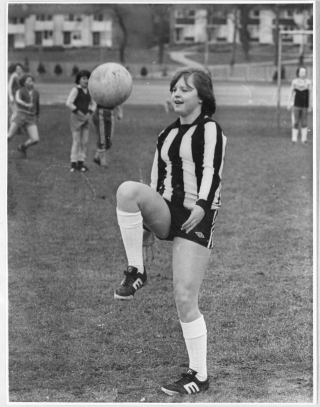 The Public Record Office of Northern Ireland (PRONI) is the official archive of Northern Ireland and is situated in the historic Titanic Quarter in Belfast. PRONI was established by the Public Records Act (Northern Ireland) in 1923 which means in June next year we look forward to celebrating our centenary. PRONI has been collecting websites for over ten years, focusing on Government departments, local councils and websites deemed historically or culturally important to Northern Ireland. Over the years our collection has grown in both size and scope and we now capture one terabyte of data per year. PRONI does not have legal deposit status, so working with the UK Web Archive enables us to widen the scope of our collections, and ensure that other relevant content is captured.

PRONI has a rich history of celebrating women in sport having previously curated ‘A Level Playing field – Women in sport’ an exhibition from the archives held by PRONI. With images from the late nineteenth century onwards, this exhibition reminds us that women actually have a long history of participation in a wide range of sporting activities. PRONI also holds the papers of the Northern Ireland Women’s Football Association which includes official minutes and documents, as well as scrapbooks, programmes, newspaper clippings and other ephemera (PRONI Reference: D4633).

We are delighted to be working in partnership once again with the British Library and adding a Northern Irish perspective to their UEFA Women’s Euro England 2022 collection.

The Northern Ireland team has defied the odds to book their place in this summer’s tournament, and PRONI’s collaboration with the British Library will enable us to capture web content documenting the progress of the players who are set to make history for Northern Ireland this summer.

We plan to select as much of the news and media coverage as we can, capturing the local views, hype and excitement of Northern Ireland’s historic qualification to the Euros as well as content from Northern Ireland women’s official home page within the IFA (NI Women's Football) detailing all fixtures, news, team profiles and updates throughout the tournament. We will also include social media content about the tournament, twitter feeds of organisations and team members, and general social media coverage of the competition.

In recent years, PRONI has developed a number of creative and digital engagement projects that put the public at the heart of archives, making archives more welcoming and inclusive. We plan to use our social media channels to put out a call for nominations for sites from PRONI followers but anyone can suggest UK published websites to be included in the UK Web Archive by filling in our nominations form: www.webarchive.org.uk/nominate 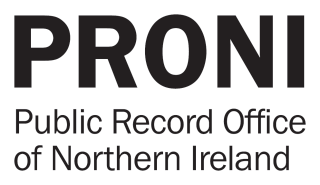