If Websites Could talk - Part 5

Over a year has passed since we last eavesdropped on the ongoing debate among U.K. domain websites as to which of them deserves to be recognised as the most extraordinary site of all.

“We think we should be considered,” said *Heritage Cast Iron Radiators*. “We’re not a site that you come across every day.” 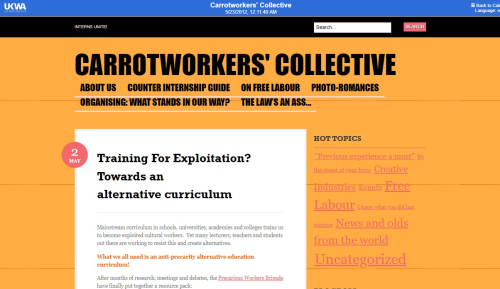 “Agreed, but you could surely say the same about us,” retorted the *Carrotworkers’ Collective*. “What do you reckon, *Angelfish Opinions*?”

There was no response, the latter being in deep conversation about matters piscine with the *Catfish Study Group*.

“Let’s hear it for the mammals!” cried *Platypus Research*. “You’re with us, *Led by Donkeys* , are you not? And you, *Absolute Dogs*? Not quite sure if you count, *Hatching Dragons*”?

“We know how you feel,” commiserated *Polly Parrot Rescue UK*.

“What about us?” said the *UK Soft Power Group*. “Our charm, our intelligence …”

“Look, we want to take this tired debate to a whole new dimension,” said the *Quantum Communications Hub*. “With the help of the *Cosmic Shambles Network*, nothing can possibly stop us!”

“That’s not quite fair,” said the *Tuneless Choir*. “If you’re going to work together on your bid, then we might well hook up with the *London Vegetable Orchestra*”.

“Wait a minute – two can play at that game,” said the *Museum of Human Kindness* , “Can’t they, *Empathy Museum*?”

Fortunately at this point the *Centre for Effective Dispute Resolution* made a useful suggestion. It was decided that the fairest way forward was for candidate sites to first contact the *UK Anonymisation Network*, and then let the *Academy of Experts* make the final choice.

And thus it came to pass that the chosen site was … *Much Better Adventures*.

The last one is really important. We've been in digital preservation long enough to see a lot of portals and projects come and go, and we recognize that making it possible to build on past work sometimes requires changing what we've built so far.

Please get in touch if you have any questions. You could talk us directly via Twitter or Mastodon (e.g. https://digipres.club/), or use the digipres.org discussion forums. We're happy to hear any and all ideas!

In particular, in the last few weeks, the digipres.org homepage has been modified and the Awesome List has been set up, based on community feedback (https://github.com/orgs/digipres/discussions/34). Now would be a great time to get some feedback on what we've been doing!

Thanks for reading, and thanks to everyone who has contributed so far.

With thanks to the Open Preservation Foundation for hosting many of these resources, and to the Digital Preservation Coalition for their support.