28th October is celebrated annually in the Czech Republic as a national holiday commemorating the establishment on that day in 1918 of the independent state of Czechoslovakia under its first president Tomáš Garrigue Masaryk. With the ‘Velvet Divorce’ of 1993, the peaceful dissolution of the union between the Czech Republic and Slovakia, it is no longer a holiday in the latter, although many Slovaks continue to feel that it should be. Instead, Slovakia remembers 1st January 1993, the first day of the existence of a separate Slovak state. However, in 2015 the Slovaks have an additional reason to celebrate on 28th October – the bicentenary of the birth of the man without whom the Slovak language as spoken nowadays might never have existed. 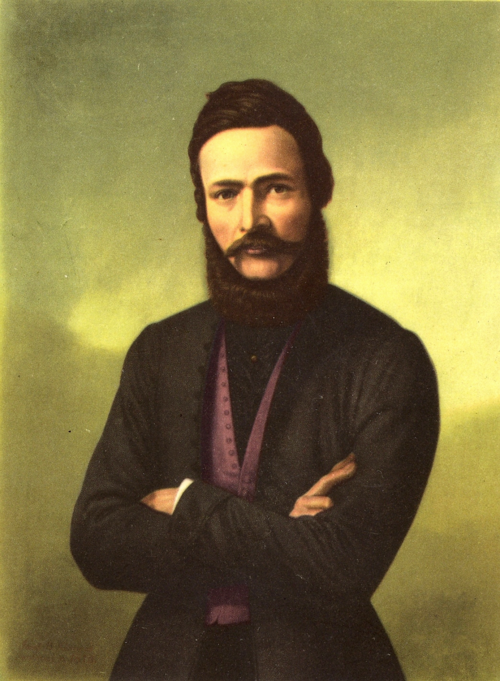 Ľudovít Štúr (1815-1856) was born in Uhrovec (in the same house, incidentally, which was later the birthplace of Alexander Dubček) as the second child of the schoolmaster Samuel Štúr and his wife Anna. The area was strongly Lutheran, and the religious tradition into which he was baptized would exercise a powerful influence on him throughout his life. After receiving a good grounding in Latin and other subjects from his father, the young Ĺudovít was educated at the Lutheran Lyceum in Bratislava (then known as Pressburg), where he became acquainted with the writings of Slavonic patriots including Ján Kollár, Pavel Jozef Šafarík and Josef Dobrovský, and joined the Czech-Slav Society. Rising to become its vice-president, in 1836 he approached the well-known Czech historian František Palacký, appealing for his support in the creation of a unified Czechoslovak language and claiming that the Czech spoken by Slovaks in Upper Hungary was no longer intelligible to their countrymen elsewhere. In the interests of Slavonic unity and impartiality, he proposed the acceptance on both sides of a number of Czech and Slovak words, but this proved unacceptable to the Czechs, leading Štúr and his circle to mount a campaign for a new standard Slovak language. They travelled through Upper Hungary to canvass on behalf of this after a meeting on 24 April 1836 at the ruined castle of Devín (Dévény, near Bratislava) where they not only swore an oath of loyalty to their cause but chose new Slavonic names, with Štúr himself adding Velislav to his own. 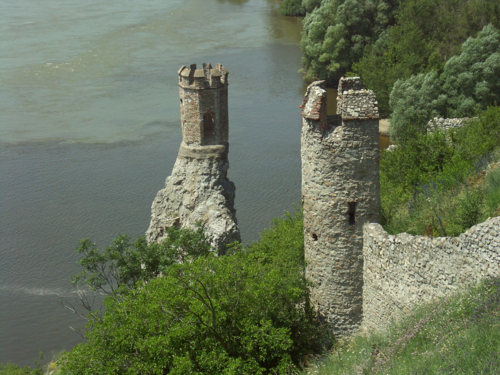 The Slovak language movement might have seemed to be doomed from the outset because of the threefold opposition which it faced. Not only had it experienced a rebuff from the Czechs, but as part of the Austro-Hungarian Empire the territory in which Štúr grew up had had German imposed on it as the language of bureaucracy and officialdom, and there was also an increasingly vocal movement in promotion of the Hungarian language.  Štúr was fluent in German, and studied from 1838-1840 at the Protestant University of Halle, while continuing to maintain contacts with Czech patriots and, in 1839, publishing an account of his journey to Lusatia, the ‘smallest Slavonic nation’ centred around Bautzen.

While teaching grammar and Slavonic history at his old school, Štúr acted as co-editor of the literary journal Tatranka (Pressburg, 1832-45; British Library PP.4874.bbh), and planned to start a Slovak political journal. However, his application for a licence to do so was rejected in 1842, when he also launched a petition against the persecution of Slovaks by Hungarians in Upper Hungary. The following year he was compelled to leave his Lyceum post after an investigation into the activities of its Institute of Czechoslovak Language, and to publish his summary of the Slovaks’ grievances against the Hungarians, which no Hungarian publishing house would touch. At the same time, however, he and his followers were working on the codification of a new Slovak language, which gradually came into literary use in 1844. Advocating the Slovaks’ right to their own language, schools and political independence within Hungary, he was chosen in 1847 as a deputy in the Hungarian Diet in Bratislava, representing Zvolen (Zólyom), two months after the formal adoption by both Roman Catholics and Protestants of the new standard Slovak language.

The events of 1848, however, interrupted his political career, as the Diet ceased to meet after April. Instead Štúr visited Prague to establish Slovanská Lipa, an organization to foster cooperation between Slavs, and took part in the first Slavic Congress there. His involvement in the presentation of the petition Žiadosti slovanského národa (Requests of the Slovak Nation) in May 1848, including calls for the abolition of serfdom, universal suffrage and freedom of the press, led to a Hungarian warrant for his arrest, and in September he and the other members of the Slovak National Council proclaimed independence from Hungary. After organizing the Slovak military volunteer campaign, Štúr headed a delegation which on 20 March 1849 formally presented the Slovak nation’s demands to Franz Josef II at Olomouc, but when, after lengthy negotiations, the Slovak volunteers were disbanded in November he returned to Uhrovec. His spirit remained unquenched despite further obstacles and tragedies (he was placed under police surveillance in Modra, where he moved to care for his seven nephews and nieces following his brother Karol’s death in 1851) which did not prevent him from publishing several more important works on Slavonic songs, myths and culture, including O národných povestiach a piesňach plemien slovanských (On the national songs and myths of the Slavonic races; 1852: YA.2002.a.21123) and Das Slawenthum und die Welt der Zukunft (Slavdom and the world of the future; Bratislava, 1931; X.800/2232).

Ironically, having survived the armed uprising of 1848-49, Ľudovít Štúr met his end through a gunshot – but one which he accidentally inflicted on himself during a hunting expedition on 22 December 1855. He lingered for three weeks, dying on 12 January 1856, and was honoured with a national funeral in Modra. In his forty years of life, this man from an obscure town in Slovakia had given his people the gift of a versatile and expressive language, as suited to poetry as to political debate, and fought tirelessly for its place in the world, in keeping with his creed: ‘My country is my being, and every hour of my life shall be devoted to it.’